Arrivals Terminal:
Deutsche Lufthansa AG, better known as Lufthansa, is the flag carrier of its native country of Germany. It operates flights all over the world, and especially to the United States.
Since the flights of this airline are international flights, they are greeted at the terminal that handles international flights, which is Terminal 5.
Alternatively, the passengers of Lufthansa may find themselves at Terminal 1 instead, or even at Terminal 2. These alterations are usually due to Lufthansa flights being codeshare flights.

Departures Terminal:
Lufthansa flights generally depart from Terminal 1. And although this airline mostly operates flights to international destinations, that is not always the case.
Additionally, sometimes the Lufthansa flights may depart from Terminal 2 as well. This is why it is best to inquire which terminal you will be leaving from ahead of time to better prepare for your upcoming flight. 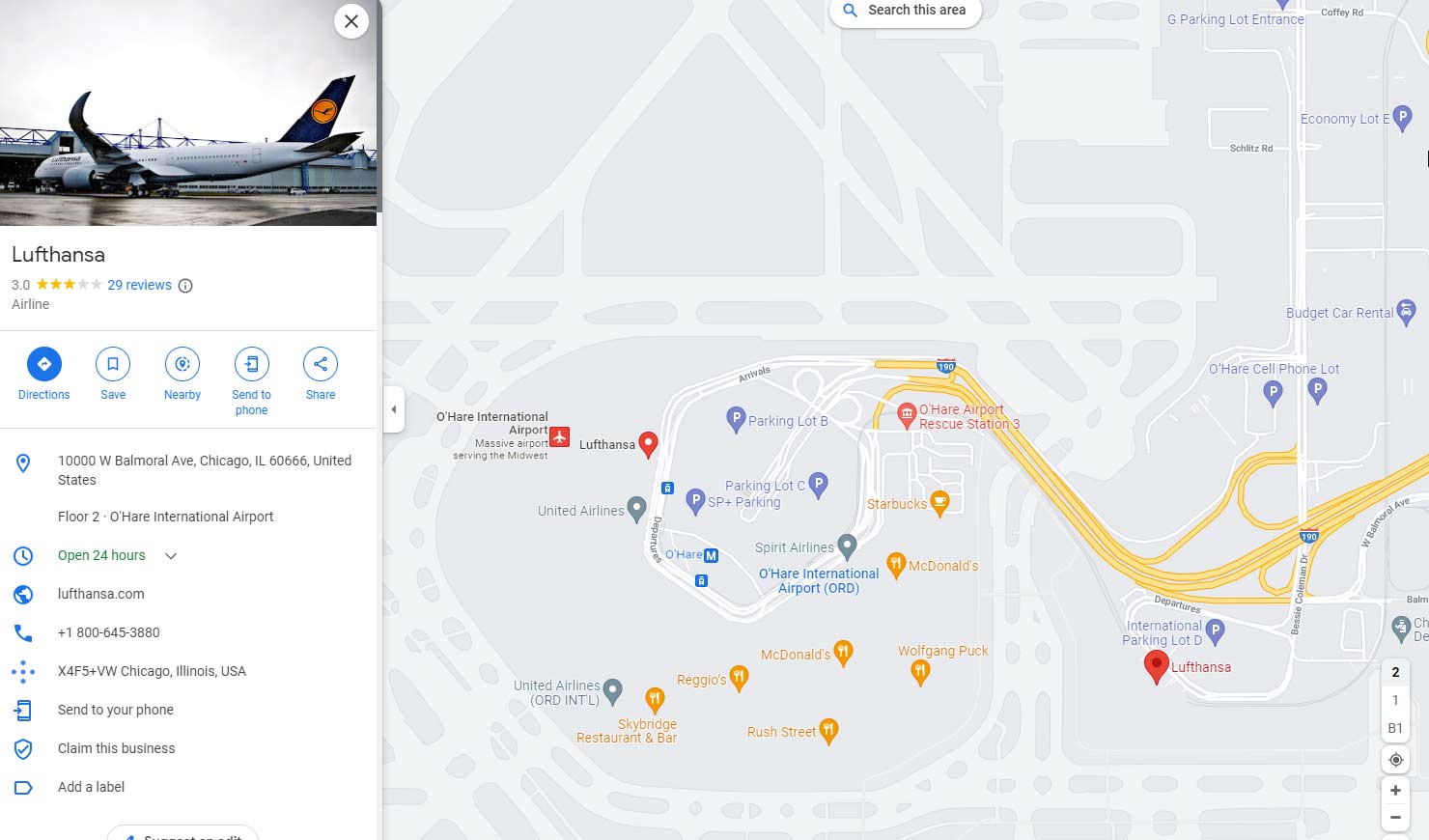 Flights
Although Lufthansa operates flights to different destinations at the ORD, the two main destinations are to Frankfurt and Munich. Frankfurt is the fourth busiest international destination from the ORD, while Munich takes the eighth spot on the same list.
It is always recommended to find out the details of your Lufthansa flight, particularly the terminal through which it will operate from or land at, ahead of time. This can be done through the official ORD flight inventory here.

Codeshare
Since Lufthansa is a proud member of the Star alliance, it often codeshares flights with allied airline companies to reach further and more varied destinations. At the ORD in particular, Lufthansa tends to codeshare flights with none other than United Airlines.