Arrivals Terminal:
Frontier Airlines is one that is very popular in the American market and beyond. This airline is known for offering ultra-low-cost flights with high standards and quality.
And although the airline is based in the United States, it travels to several international destinations. And because of that, the Frontier flights arriving at the ORD generally arrive at Terminal 5, which is the terminal that is designated to serving international flights.

Departures Terminal:
The rules are similar when it comes to Frontier flights leaving the ORD as they also operate from Terminal 5. There are some exceptions, however, which is why it is always best to check where your Frontier flight will be leaving from, ahead of time. 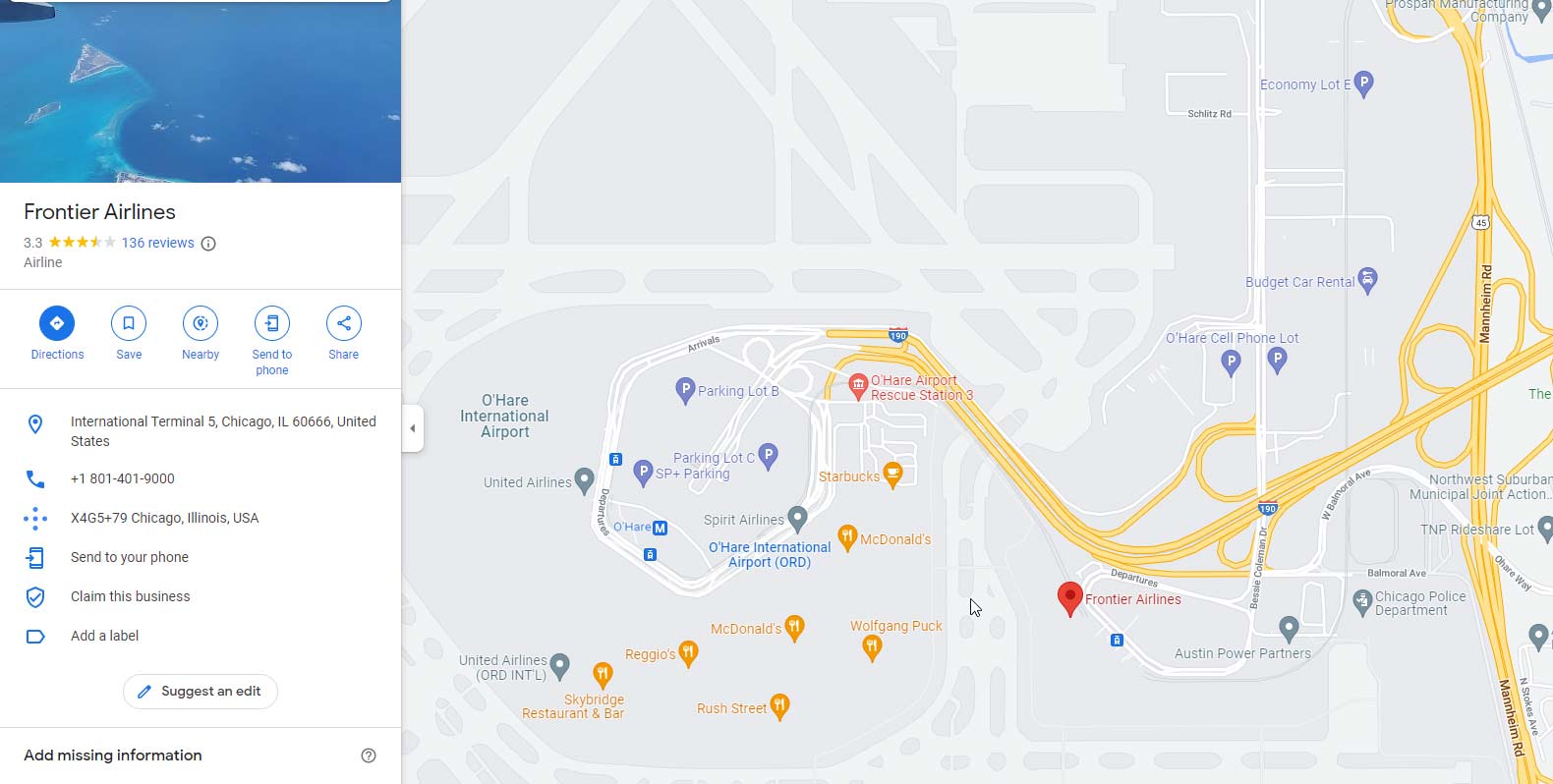 Codeshare
Frontier Airlines chooses not to be a member of any alliance at the time being. Thus, it currently does not codeshare flights with other companies at the ORD.